Chloë learned to swim at age 11, she was the oldest in her swim class, but within a year she had begun competitive swimming. Although she performed well at junior national level, Chloë didn’t make the cut for the Olympics and stopped competing at age 16. She went on to try out other sports, including triathlon and marathon running. In 2010, aged 25, Chloë decided to take on the English Channel known for being one of the toughest marathon swims in the world.

Chloë felt that this was the one place in the world to test yourself if you're an ultramarathon swimmer. Ten years later, in 2021, at age 36, she completed her 40th crossing of the English Channel with the Channel Swimming Association to become "Queen of the Channel®", finally breaking Alison Streeter’s 29-year-old record. That same year she increased the record further to 43 crossings. 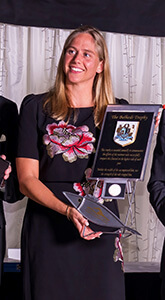 In 2014 she achieved the record for the longest marathon swim in the ocean, when she swam 124km non-stop in the Bahamas. It took her two full days, swimming under the blazing sun and by the end she was badly burnt and covered in jellyfish stings.

On route to achieving her goal to become "Queen of the Channel®", she set new Channel records for the greatest number of swims in a week and the most in a season, taking the record to 8 swims in 2016. She has also completed the most England to France crossings. She completed 2-way crossings in 2010, 2012 and 2017. She went on to complete the 4th ever 3-way swim in 2015. 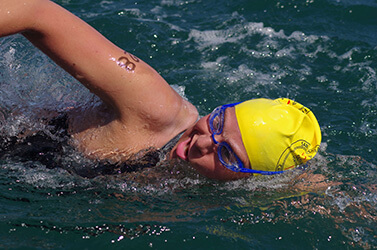 On average Chloë took only ten and a half hours on each Channel crossing, with her fastest crossing ever coming in at eight hours and 51 minutes and her slowest, just over 12 hours, even the 3rd leg of her 3-way swim only took 13 hours 30 minutes, an incredible swim, even if it had been a solo. 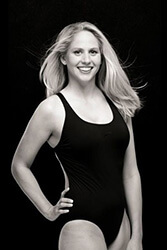 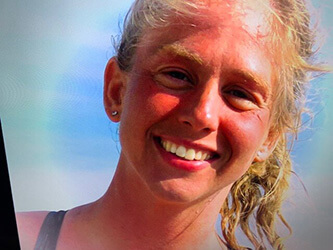 We use cookies to help improve your experience on our site.